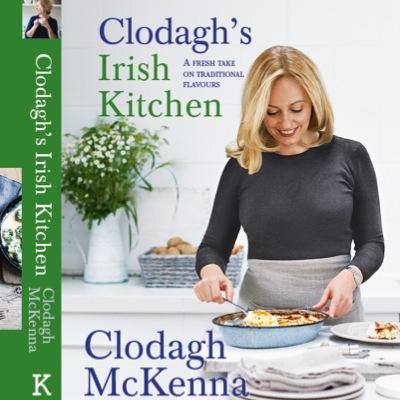 Having lived abroad for the best part of 20 years, I mainly heard about things going on in Ireland through my parents, which means that it was filtered through what my Mum thought was interesting and usually related to people whom my father expected me to know (but whom I inevitably couldn’t remember). I spent a few weeks there on holidays each year, but the days would fly by just trying to catch up with immediate family and friends, the requisite shopping at Dunnes Stores and Penney’s, visiting my former favourite places around Cork in a sort of nostalgic pilgrimage of my youth and before I knew it, it was time to fly back to wherever it was I was currently living.

This makes me sound old, I suppose, but the first time I left home was to study in America where I used a coin payphone in the dorm hall to call my parents and went to one of the three computer labs on campus to send a message from my college e-mail account. And before one could log on to anything, one had to type the letters C followed by a double backslash, a colon and God knows what else to get any sort of connection to the outside world. Ireland was a continent away.

Anyway, so one day I get this letter in the post from my Mum. As usual, it contained a three-month-old bank statement telling me my current account had a balance of £34,76, an unflattering photo of me aged about 14 she had found in some box (and should have burned), an ad cut out of the local newspaper for a beauty farm that freezes the fat off your arse through cryolypolysis (thank you, Mum), and a recipe with the words “Don’t you know her?” scribbled in the margin.

The recipe was by Clodagh McKenna. Clodagh and I went to the same secondary school in Cork City for three years. We were friends, we even had a sleepover or two, but as happens a lot, we lost touch. In fact, we haven’t seen each other since 1993, after stepping out of our headmaster’s office with our Leaving Certificate results.

Today, I listen to Irish and British radio over the Internet, watch RTE and BBC programmes on the iPlayer, download English-language books in minutes instead of spending a fortune in Waterstone’s and carrying back books in my suitcase. (OK, that’s not entirely true: it’s more that I do both now.). Living abroad doesn’t mean being away the same way it did just a few years ago.

And so I discovered that, not only has Clodagh become a chef, or even a successful chef, or even a TV chef… she has become an international phenomenon! I had had no idea.

The author of five cookbooks, Clodagh has two restaurants to her name in Dublin. She has created the food range currently served in-flight on Aer Lingus, the Irish airline. She has presented a number of TV programmes, cooks live every Friday on the Irish morning show Ireland AM, and has MADE IT across the Atlantic where she is right now for a stint at the Rachael Ray Show. She has her own YouTube channel. She has cooked for the Taoiseach (Irish Prime Minister) in New York and has her face on a giant billboard in Times Square.

This woman is talented and beautiful and hyperactive and awesome… and I am so, so proud of her.

I have still to make it to Dublin to eat at one of the Clodagh’s Kitchen restaurants, but am determined to do so before the year is out. Either that, or I’ll sign up for one of her cooking demonstrations. I just hope I won’t look too much of a groupie.

Take a look at her website at clodaghmckenna.com. Clodagh is a champion of Irish-grown produce and a great ambassador for Cork.

Up, the Rebel County!