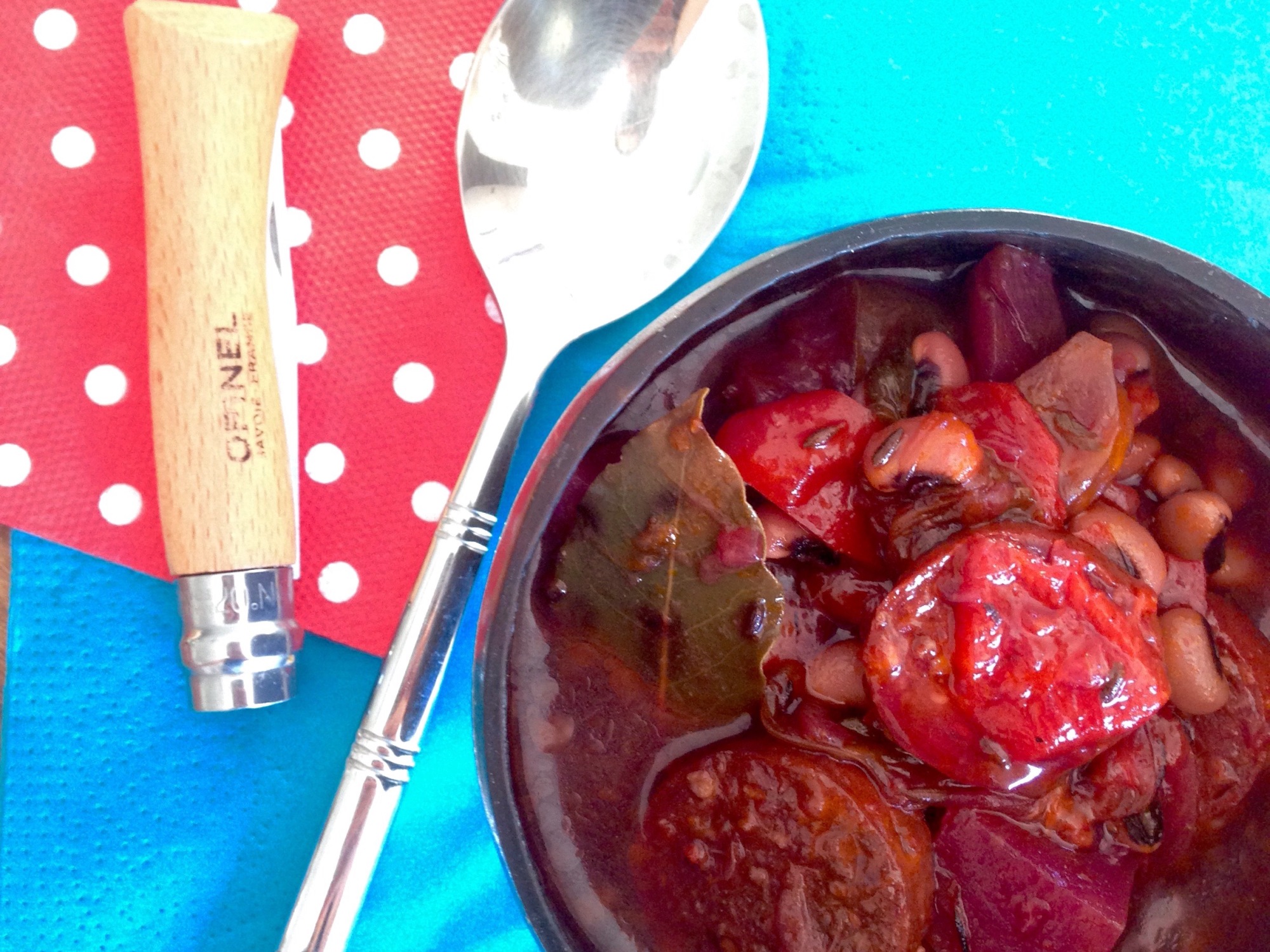 The title sounds like something I meant to cook, but truth be told I just had to find a way to use up a slightly old and dry spicy sausage and this is what I came up with.

Last week, I made some pizza with the kids and their favourite topping is chorizo. For this purpose, I had bought two sausages – one hot, one not – and for some reason the hot one was still languishing in the bottom of my refrigerator and was looking a bit dry and manky. Also, since the temperatures dropped dramatically from summer to autumn weather in just two days, I felt I needed something hot and soupy for dinner instead of the cold salads we’ve been having.

I soaked two handfuls of dried black-eyed peas in water for a couple of hours (while I did something else – I didn’t have a plan yet).

I had some summer veg: two large tomatoes that were a little green on top, a large bell pepper, a slightly shrivelled (raw) beetroot, and of course onions and garlic.

In the freezer, I always have chopped celery stalks and some celery leaves, as well as thinly sliced fennel, for soups and stews and daubes. In the larder, I have dried herbs and spices. 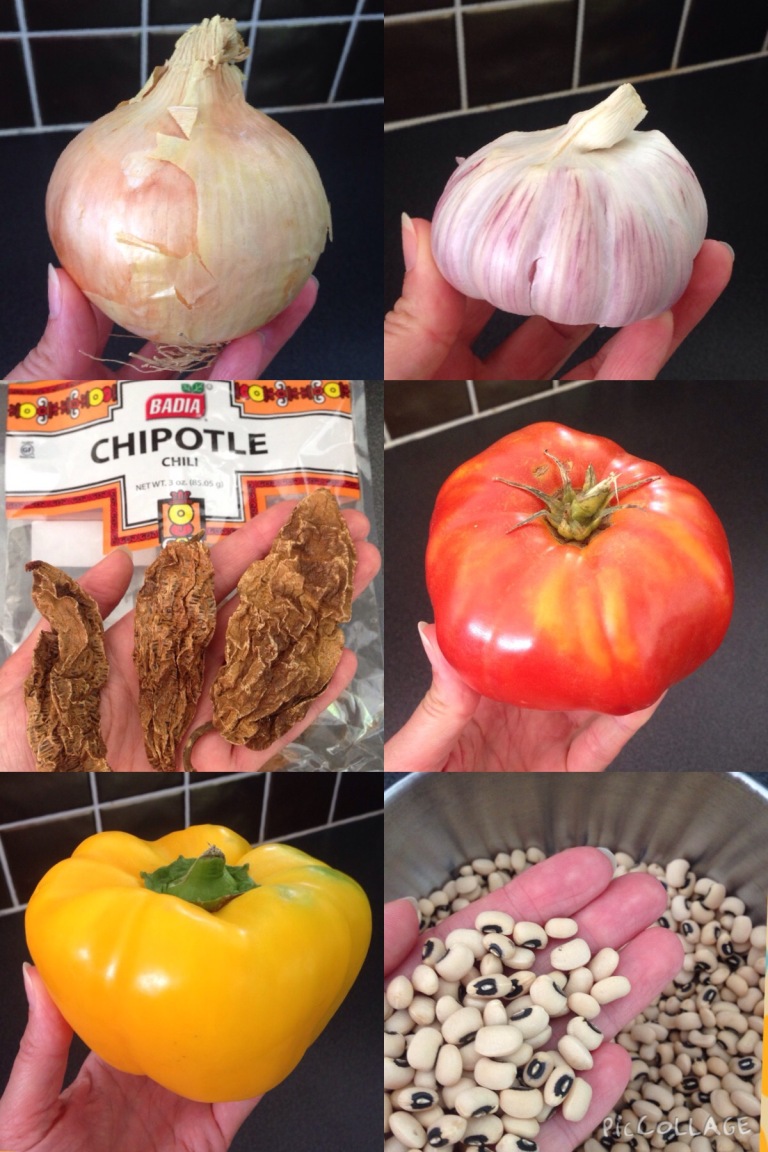 The colour was amazing and it was full of flavour. The beetroot was actually a very nice addition, but it didn’t overpower the smoky, Mexican-y taste of the chorizo and chipotle. (Chipotle is a kind of smoked, non-spicy chili from Central and South America – I brought some back from Panama, but it’s becoming very fashionable in Europe right now and you can buy chipotle barbeque sauce and chipotle hotsauce at “normal” supermarkets these days).

Hubby and I had my chipotle/chorizo creation for lunch as a kind of chunky soup, straight from the bowl with a spoon, with a large piece of fresh baguette.

The next day, I added a tablespoon of tomato concentrate, let the liquid reduce more and served it with rice as a “proper” stew for dinner. It was delicious, satisfying, and with just the right amount of spice (from the already hot chorizo). To tone it down a little, I put a dollop of Greek yoghurt on top (sour cream would have been even better, but one must think of the size of one’s bottom).

Easy and versatile, plus it uses up orphaned veg in the fridge.

When I told my kids what was for dinner, the youngest was close to distraught, so I feel I ought to clarify the situation:

Disclaimer: NO AMERICAN ENTERTAINERS WERE HARMED IN THE COURSE OF COOKING THIS MEAL. 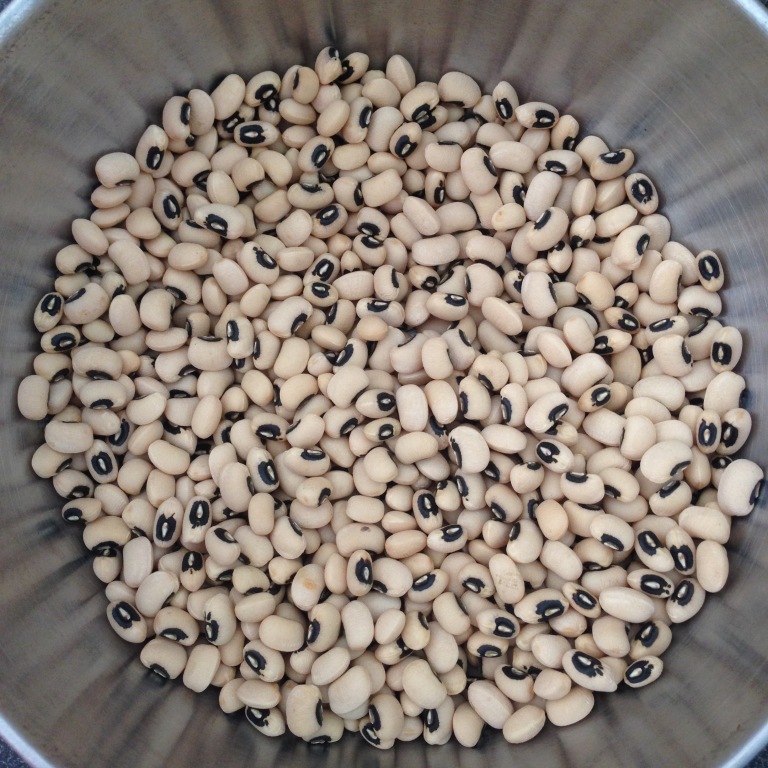